Hard-pressed little marble-sized balls of hash. Very dark (almost should be listed with the dark hashes) and an extremely high oil content. (Notice the platic wrapping in the photo at right.)

This one had a much smoother taste than previous versions. I really enjoyed a warm cocoa with whipped cream while smoking this one. My throat was at ease, and so was the rest of my body!

The high still took awhile to develop, but once it hit me it had a nice calming effect. My heart rate seemed to slow, as I slumped down in my chair.

This offering was a lot better than the previous sample; however, I had a lot of trouble getting it out of the tightly wrapped plastic it was shipped in. Getting this stuff off was harder than skinning a pea! The shiny outer layer of the resin made it difficult to tell if it was actually hash or just plastic! I probably smoked a few bits of the wrap, but was none the worse for wear...

other reviews from Kashmir Lounge 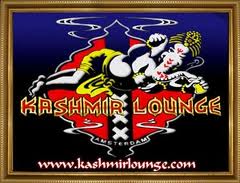