With the (in)famous G13 strain in it's heritage, it's named after CIA mind control tests! Another fine THSeeds original and Cannabis Cup 2003 Indica winner.

This is certainly worthy of "covergirl status"; it is almost SEXY! (UhOh, I�ve been hanging around too many plants�) Ornate leaves are SnailTrailed with heavy crystals. Vase shaped calyxes, like tiny lil� torches have their faint yellow/orange "flames" in the form of coli.

Fresh ginger mixed with that electric-orange again; like too much sugar syrup at the bottom of a Fanta Orange. It actually smells like ice hash; so concentrated, so fresh, so potent, the whole bag > pocket > room stinks!!!

Similar to the smell; softly citral and very aroma-therapeutic, the vapours rose out of the bong like some healing tribal herbal incense. Not for weak lungs, this gear will really make you hack as you try to contain large hits!

I�d just taken a few tokes when the phone rang: "How are you?" a friend asked me. I replied "Unhhh!" 15 seconds like 15 minutes later, we continued on to discover that I�d already forgotten the question! This gear makes you feel really tweaked and out of it. I loved EVERY second of it except for the time it had me buggin� out in the mirror, lookin� at my beard whiskers scary similarity to Michael Jackson's� AARRGHHH!

This is one of those strains that makes old veteran jokers feel like first time tokers! Heavy hittin�, it's a keep on peaking type of daze. You just keep adding and adding to it. This is a very fine sample overall; nothing but the best from THSeeds and Amnesia once again. TOPS! 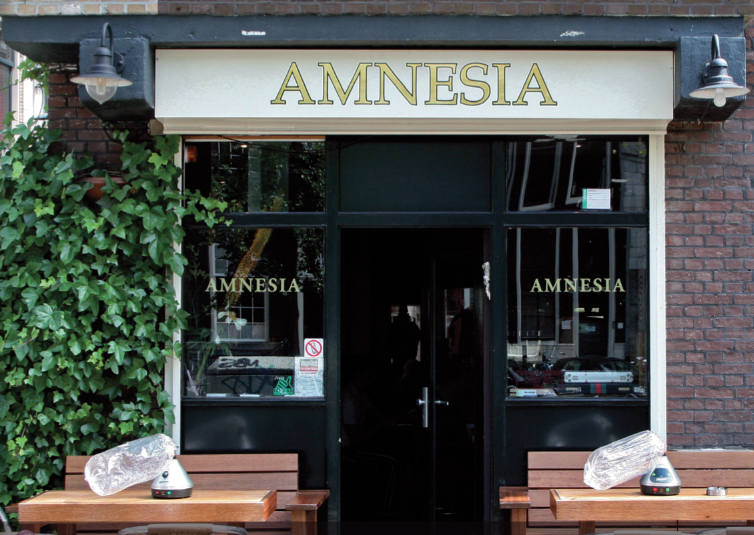