Can cannabis cure cancer? Lately, the medical marijuana community, and thousands of people around the world have been openly asking this question. Many studies seem to show that cannabis can help reduce tumors, and if cannabis cures cancer we all need to know.

While some areas of the globe are warming up to the idea, and slowly adjusting their legislation, others are still locking people up for life for treating themselves...We write many fun, light hearted articles here at Smokers Guide, but clearly this is a more serious topic. Over the last years as the medicinal use of cannabis has become more widespread, many people have been introduced to the knowledge about the plant and have been asking a very important question – can cannabis cure cancer?

Even back then the benefits of medical cannabis for cancer patients was known. Many people are aware of the side-effect benefits of cannabis for patients, including the effects on nausea, appetite, sleep and general well-being. However, the fact that cannabis has been shown to actually stop the spread and reduce the size of cancer tumors, may shock some people. But of course that’s just a study on mice, what about people?

Even large pharmaceutical companies are involved in cannabis research, including GW Pharmaceuticals who recently patented a cannabis based cancer treatment - Anti-tumoural effects of cannabinoid combinations. The abstract of the patent states, “The invention relates to the use of a combination of cannabinoids, particularly tetrahydrocannabinol (THC) and cannabidiol (CBD), in the manufacture of a medicament for use in the treatment of cancer. In particular the cancer to be treated is a brain tumor, more particularly a glioma, more particularly still a glioblastoma multiforme (GBM).”

It’s worth mentioning that patents must be proven to work, and the patent evens shows their research, concluding “THC and CBD and their extracts are effective in inhibiting glioma cell growth.”

Or to rephrase that, CANNABIS STOPS BRAIN CANCER!

Given that many brain tumors don’t respond to current cancer treatments, maybe it’s worth looking into.

There are many, many studies that show that cannabis is an effective treatment for cancer. A study by the Department of Biochemistry and Molecular Biology at Complutense University in Madrid which was the first clinical study on the effect on cannabis on tumors, showed it reduced tumors in cancer. The California Pacific Medical Centre showed that CBD could inhibit human breast cancer growth. The Journal of Pharmacology and Experimental Therapeutics also showed that THC as well as CBD, “exhibits anti-tumor effects on various cancer cell types”.

Many forms of cancer have shown to be controlled, and tumors reduced or completely killed off by cannabis. You will find multiple studies in the US National Library of Medicine showing that cannabis may cure cancer. A Harvard Medical School study concluded that it should be used for treatment of lung cancer. Cannabis has also shown to be effective for prostate cancer, the most common cancer in men, with multiple studies proving the effectiveness of cannabis. A Department of Pharmacology and Toxicology study by the Virginia Commonwealth University showed that cannabinoids induce apoptosis, cell death, in leukaemia cancer cells. 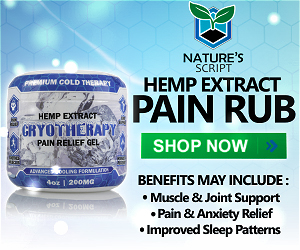 And then there’s the US Government’s own patent on Cannabinoids as antioxidants and neuroprotectants. Claiming “cannabinoids useful in the treatment and prophylaxis of wide variety of oxidation associated diseases, such as ischemic, age-related, inflammatory and autoimmune diseases. The cannabinoids are found to have particular application as neuroprotectants, for example in limiting neurological damage following ischemic insults, such as stroke and trauma, or in the treatment of neurodegenerative diseases, such as Alzheimer's disease, Parkinson's disease and HIV”.

So cannabis has patents approved by, and even filed by the US Government, claiming its use as a treatment for cancer, brain damage, Alzheimer’s, Parkinson’s and HIV and it’s not front page news in every newspaper? All while the US Government places cannabis in Schedule 1 of its Controlled Substances Act, claiming it has no proven medical value. Huh?

No Medical Value, What About the Federal Marijuana Patients?

"I didn't like being labelled a criminal. So I took on the federal government. It took me ten years but in 1982 I won. I am now using this medicine legally under the federal government...I have used 10-12 marijuana cigarettes per day for 35 years. I've been married for 33 years. I'm a stock broker. I handle millions of dollars on a daily basis..."

- Irvin Rosenfeld’s testimony before the State of Michigan Committee on Government Operations regarding HB 5470, Nov. 28, 2006.

Irvin Rosenfeld is one of 13 people who were enrolled in the US Food and Drug Administration’s Investigational New Drug Program. Starting in November 20, 1982, each month Irvin receives 360 joints (roughly 9 oz of cannabis) from the US Federal Government. He smoked his 130,000th marijuana cigarette supplied by the federal government on Nov. 18, 2013. When he was 10, Irvin was diagnosed with Multiple Congenital Cartilogenous Exostoses, a disease causing the continuous growth of bone tumors.

The National Institute on Drug Abuse, a research institution run by the federal government, even stated in its Drug Facts: Is Marijuana Medicine? publication from April 2015 states that “studies have shown that marijuana can kill certain cancer cells and reduce the size of others.”

In 1997, after a serious head injury, Rick Simpson sought relief through the use of medicinal cannabis oil. After sharing the oil with others it was found it cured cancers, including his own skin cancer, and even other illnesses. He has given away this oil to many people – up until the government came after him for it. This oil is now known as RSO, Rick Simpson Oil or RSHO, Rick Simpson Hemp Oil.

It is worth noting that hemp here is just used as a nickname for cannabis. RSHO is a high THC cannabis oil and not made from hemp – this is where it differs from CBD oil. Due to the restrictive nature of the laws on cannabis in most places, Rick Simpson cannot distribute the oil to everyone, and we warn against the many scams that are out there from people claiming to help people by supplying oil that never comes. However there are instructions available to make your own RSHO on his website Phoenix Tears.

We will end with these words from the American Cancer Society:

“…the classification of marijuana as a Schedule I controlled substance by the U.S. Drug Enforcement Administration imposes numerous conditions on researchers and deters scientific study of cannabinoids. Federal officials should examine options consistent with federal law for enabling more scientific study on marijuana. Ultimately, medical decisions about pain and symptom management should be made between the patient and his or her doctor…”

That’s the end point really, a patient should be free to choose their medicine. We recommend people do their own research whenever thinking about using any medicine, however if cannabis has the potential to cure cancer then that needs to be an option. If doctors will not suggest it, then we cannabis consumers and advocates must help educate people and help force governments to change the laws where necessary.

Have you or a close one treated cancer with cannabis? Would you give it a go if you could access it? Please share your thoughts below.