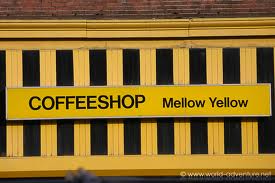 Review and Rating by Ataliano

I've been here like three times as I normaly take my guests here after going to Heineken Experience (which is pretty near). It's well known for being one of the first coffeeshops opened in Amsterdam, but it's not the coolest one. The decoration is pretty much nothing, blank walls with some painted parts, old tables and well... it spreads that oldie touch. It's quite big as it has place at the entrance and it has also an upper floor and a basement (and if I can remember they've got a pool or a footbal table, not sure about this). Staff is the worst part. I've never had problems with them but it's true that they're quite rude always, at least as far as I've seen (personally no problems, but seen troubles with people who weren't doing anything wrong). It's menu is normal, and quality is from fine to not so good (found good weed and poor hash).