back to map Smokers Guide Profile
no reviews yet Cannabis Cup Review Rating: out of 10 based on votes. 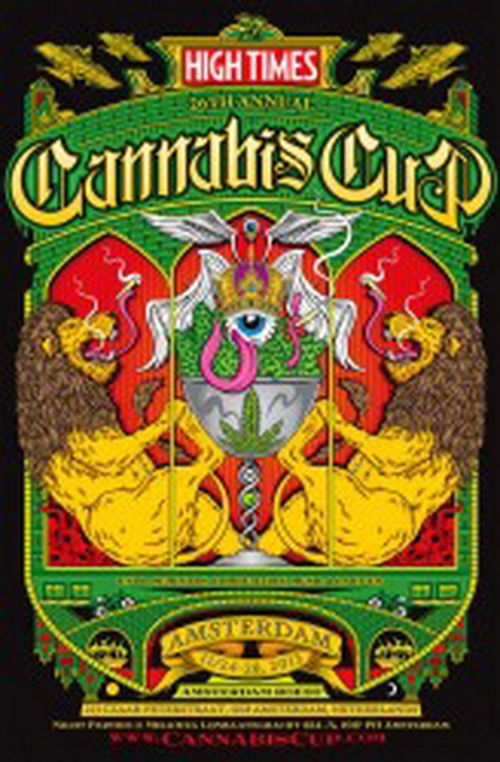 The event allows judges from around the world to sample and vote for their favorite marijuana varieties. These judges-at-large decide the Cannabis Cup (overall winner in the cannabis variety competition), best new product, best booth, best glass, best hash and best Nederhash. A team of VIP judges decide which seed company has grown the best marijuana. The High Times Cannabis Cup also includes live music, comedy and an expo for marijuana-related products from cannabis-oriented businesses.

For more info on the 2014 Cannabis Cup visit - http://cup.smokersguide.com

Video of speech by Steven Hager from High Times Magazine, from the private party at Barney's after the 25th Cannabis Cup in Amsterdam:

The range in taste and smell indicate this to be a fairly contaminated sample; how in the hell did it find... go

This was a really nice hash. Of the 20 samples, it called to me and got my attention quickly but I am not... go

You get so spoiled with fine, light gear like this in A'dam. My Moroccan pot'nahs always tell me that when... go

Normally I prefer unpressed versions of this nederhash but this one is as strong as any of those, while still... go

This was unanimous amongst The Crew; the best Polm entered into the Cup. Our panel of judges raved over... go

This stuff got me really tweaked! Not sleepy, not super giggly, but very visual fo' sure! This was one of... go

The light high is great for beginners and old skoolers like me who're after something unique. I am almost... go

This is one of my favourites. May be the best?!? All's I know is I will seek somma this out as soon as I... go