Prohibition Does Not Work.

Though if you're someone who thinks that people can't be trusted to use drugs safely, and fear society would collapse...well there are actually examples of countries who decriminalized drugs, and use, abuse and fatalities all went down.

"Prohibition... goes beyond the bounds of reason in that it attempts to control a man's appetite by legislation and makes a crime out of things that are not crimes... A prohibition law strikes a blow at the very principles upon which our government was founded.”

In the 1980s Portugal tried a similar approach to most countries; the US styled drug war. By 1999, nearly 1% of the population was addicted to heroin, and drug-related AIDS deaths in the country were the highest in the EU. Then in 2001, Portugal decided to decriminalize possession and use of drugs.

As this chart from the Transform Drug Policy Foundation shows, use slightly goes up after decriminalization of drug use, and then declines. 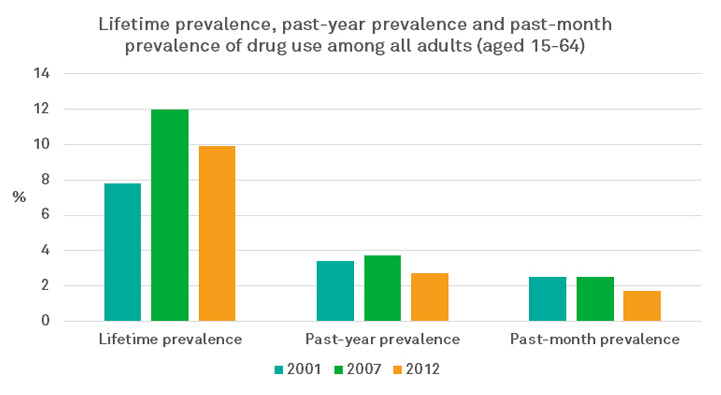 Drug use has dropped by a third among people aged 15-24, and drug related deaths are a fraction of what they were during Portugal's "War on Drugs" period, as the Transform chart below shows: 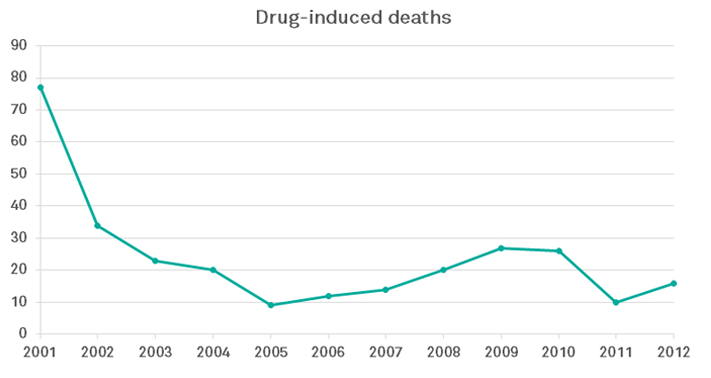 Prohibition does not work!

“If the words 'life, liberty, and the pursuit of happiness' don't include the right to experiment with your own consciousness, then the Declaration of Independence isn't worth the hemp it was written on.”