A gentle yet expansive spirit pervades all the music of Mirabai Ceiba. The delicate sounds of harp, piano, and guitar blend with lovingly intertwined voices amid lush celestial soundscapes.

Their concerts are group celebrations for peace - joyous and loving occasions that embody the duo's profound belief in music as a universal language uniting all the world's peoples, cultures and traditions.

Mirabai Ceiba is a duo consisting of guitarist/singer Markus Sieber and singer/harpist/keyboardist Angelika Baumbach. They come from different parts of the world. Markus is East German. Angelika was born in Tucson, Arizona, and grew up in a small village near Mexico City, the daughter of a Mexican mother and German father.

Markus and Angelika first met at a street fair at Scotland's Edinburgh Fringe Festival and quickly fell in love. Markus was pursuing a successful acting career at the time, and Angelika was touring the world as a singer/songwriter. But the newly formed couple decided to share their love with the world through uplifting music steeped in spirituality, tenderness and beauty.

Together, Angelika and Markus have forged engaging new style of world devotional music blending Gurmukhi mantras from the Kundalini Yoga tradition with original songs in English and Spanish that reflect a Native American influence and also draw words of wisdom from Rumi, Thich Nhat Hanh, Guru Nanak and Yogi Bhajan. Through exquisitely crafted recordings like their CD A HUNDRED BLESSINGS, Mirabai Ceiba weave a beguiling tapestry from these diverse influence and sources. And that's what the music feels like: a beneficent and abundant gift from the universe. In concert, they inspire all present to chant together in a spirit of compassionate love and Oneness.

Even the name Mirabai Ceiba embodies the influences of both India and Native Latin America. Mirabai (1498-1547) was a Hindu mystical singer. Her songs express the longing of the individual self to be one with the universal self, represented by Krishna. For Angelika and Markus, the name Mirabai "is the exploration, the devotion, the inspiration in all the different aspects of divinity."

And the Ceiba is a sacred tree of Latin America which is never cut and grows very tall. "We wish our music could be like the Ceiba tree," say Markus and Angelika, "with roots deep in Mother Earth and branches extending far and wide into Father Sky." 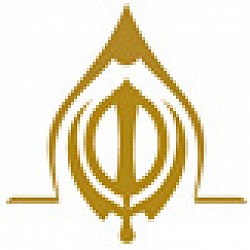