back to map Smokers Guide Profile
no reviews yet 2 Hungry Bros Review Rating: out of 10 based on votes. 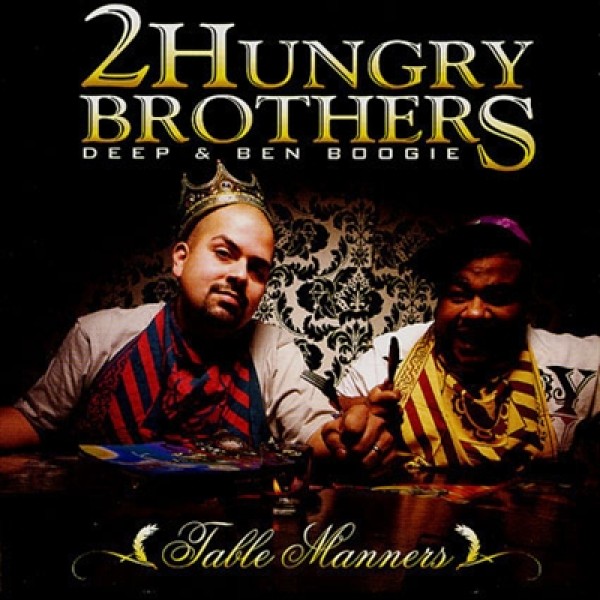 Friends since 1st grade in the public school system of New York’s Lower East Side, the bros, inseparable, found the two elements that kept their friendship strong: food and music. They went from crate diggers to resident DJs at the Nuyorican Poets Cafe to independent hip-hop’s funkiest production duo. The 2 have since produced heavy-hitting signature songs for Homeboy Sandman, Fresh Daily, C-Rayz Walz, P.SO the Earthtone King, 8thW1, Likwuid, K. Gaines and I Am Many.
Employing their trademark foodie humor on showcases Table Manners, No Room for Dessert, Open Buffet, My Crew's All Thinner, and Back For Seconds, the 2 Hungry Bros (Deep and Ben Boogz) encourage their fans to have a good time, even when MCs lace their playful tracks with serious storytelling. Their projects have been featured on prestigious hip-hop blogs okayplayer.com, nahright.com, and 2dopeboyz.com. They’ve also produced standout tracks on acclaimed independent hip-hop albums: Stones Throw star Homeboy Sandman features The Carpenter on tour, and Sand’s opener I Am Many rips the Bros’ Party Dave.
Deep DJs at venues and house parties as well as spinning for MCs during show sets. He's spun fun parties alongside DJ Evil Dee, Nicole
from Nina Sky, Teddy King, and more. “A notorious doctor of sampling, Deep – along with his fellow Hungry Brother Ben Boogz – can surprise masses with rare flamenco samples or even a video game loop.

The New York native’s beats are completely unpredictable, much
like the night of your deflowering,” wrote Kathy Iandoli for Skope.